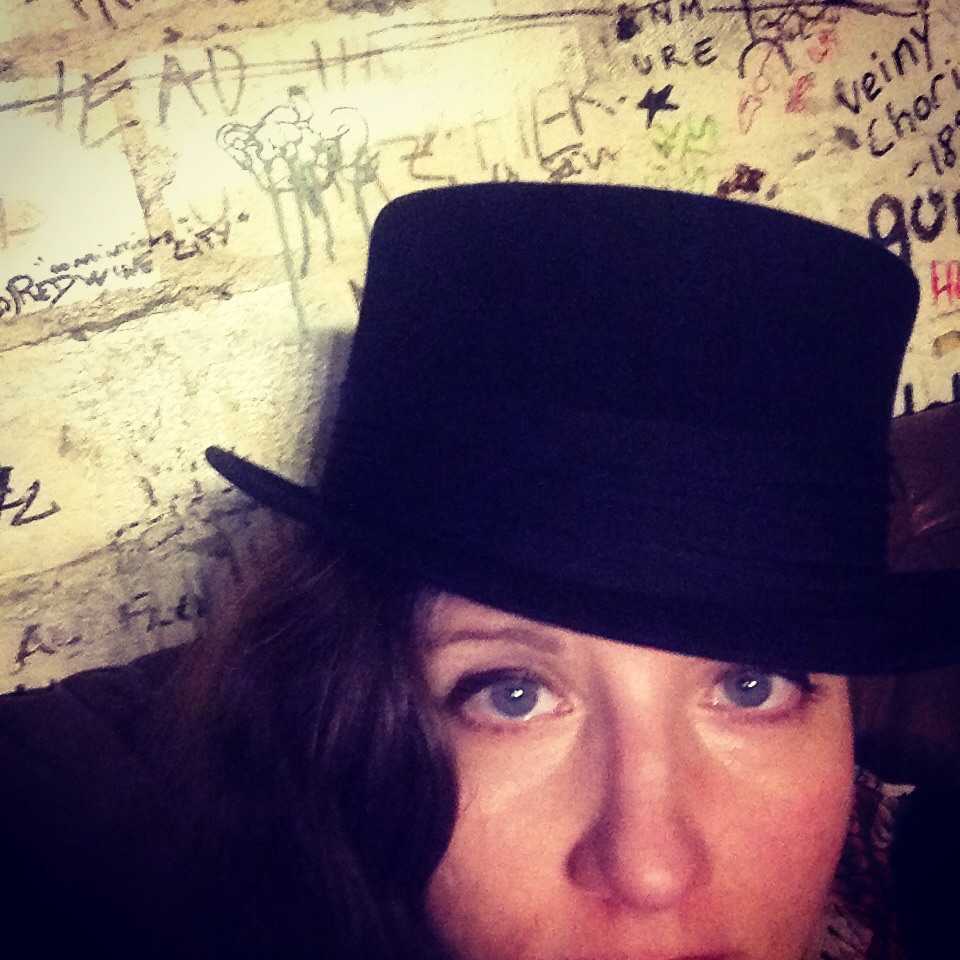 This #metafanmonday falls on the winter solstice. So happy solstice, everybody. It’s the real reason for the season. My friend Timothy Freeman quotes his mother Nanny Burks Freeman who used to say “the true meaning of Christmas is that the Light is continuously being born in the manger of our hearts” which is pretty close in meaning to Om Mane Padme Hum, “the jewel is in the heart of the lotus,” that flower blooming out of the murky depths.

I took this picture backstage in Germany last year wearing this hat Willee gave me. The reason for this meta-fan monday is Willee. He gave me this gorgeous hat out of the goodness of his heart. It’s a Goorin Brothers hat: the wool is from Texan sheep. They dye the wool and make the hats in Pennsylvania. It’s a family business that’s been in operation since 1895. Willie was managing the Goorin shop in Oakland, California, and I was about to head to Europe on tour. All my winter hats were in storage a thousand miles away, so Wilee hooked me up.

Willee came to my Christmas show in San Francisco at that dearly departed venue Viracocha. Here’s a picture of Stevie and I backstage that night. Willee was there, but we didn’t get a picture with him. Stevie sang barefoot in a white kurta and suede pants, playing rock and roll songs about Jesus. With his hair down and his full beard, he was a vision of sexy Jesus. 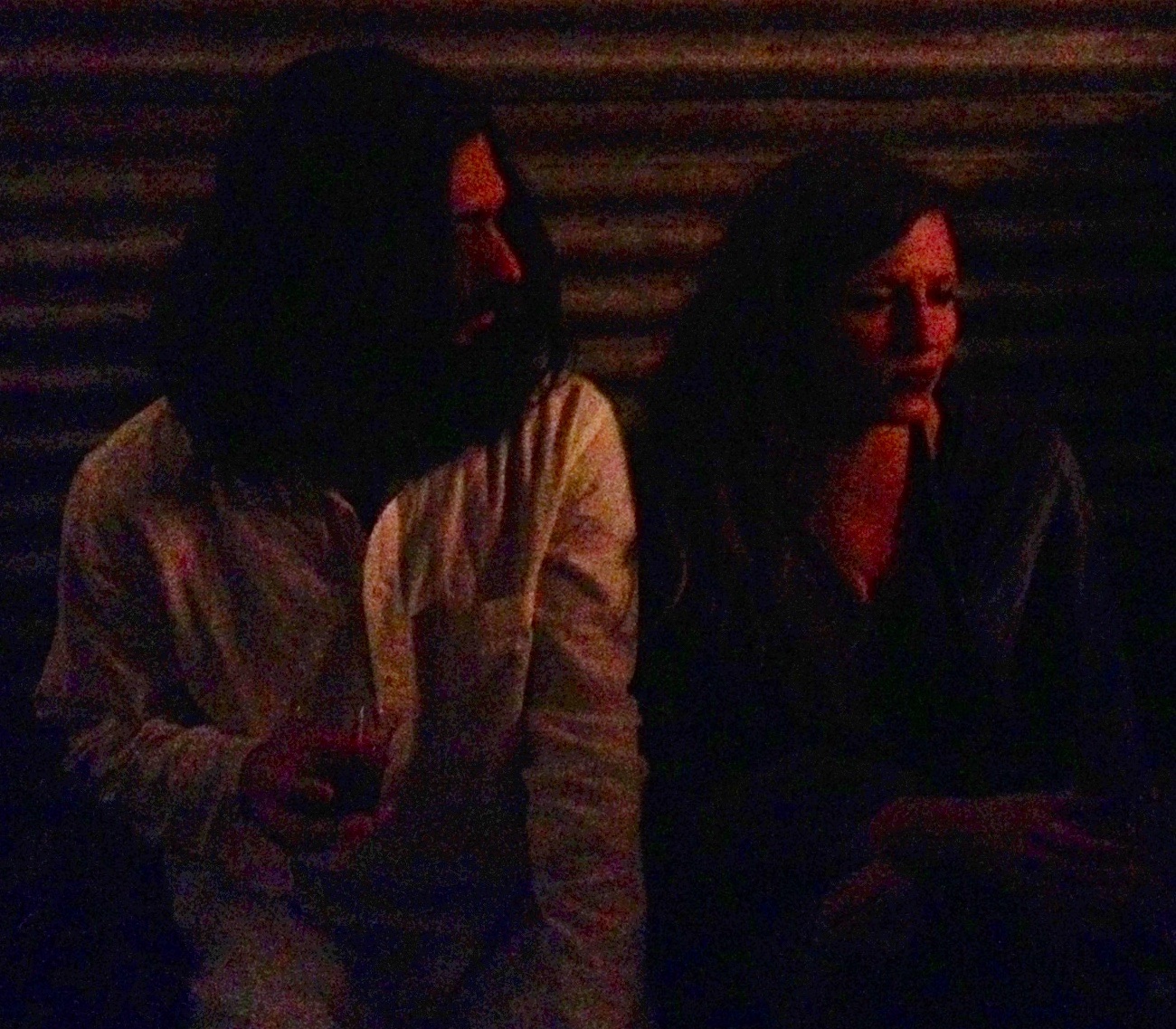 A couple days later, Stevie and I stopped into Willee’s store to say hello. Willee had talked about giving me a hat, but I didn’t necessarily expect one. He offered us shots of bourbon when we walked in the door, and we had a far ranging, kaleidoscopic conversation while I tried on every hat in the place. Satellite of Love and Femme Fatal came on, and we talked about Lou Reed, still mourning him, still coming to grips with his genius.

I really couldn’t decide on a hat, and I was thinking I wouldn’t get one till I tried this one on. We’d overlooked it till last since its a man’s hat, but it suited me. It’s like a short top hat but it doesn’t have a costume-y vibe. It’s called a carriage hat.

One year later, all my stuff is still in storage. I’m in the Northeast, and I’m still wearing this great hat.

I collected feathers from my cousins’ rescued parrot Phoebe to send to Willee for hat decorations. Here’s Phoebe on the back porch with Stevie. Isn’t it supposed to be good luck to wear feathers from a living bird? 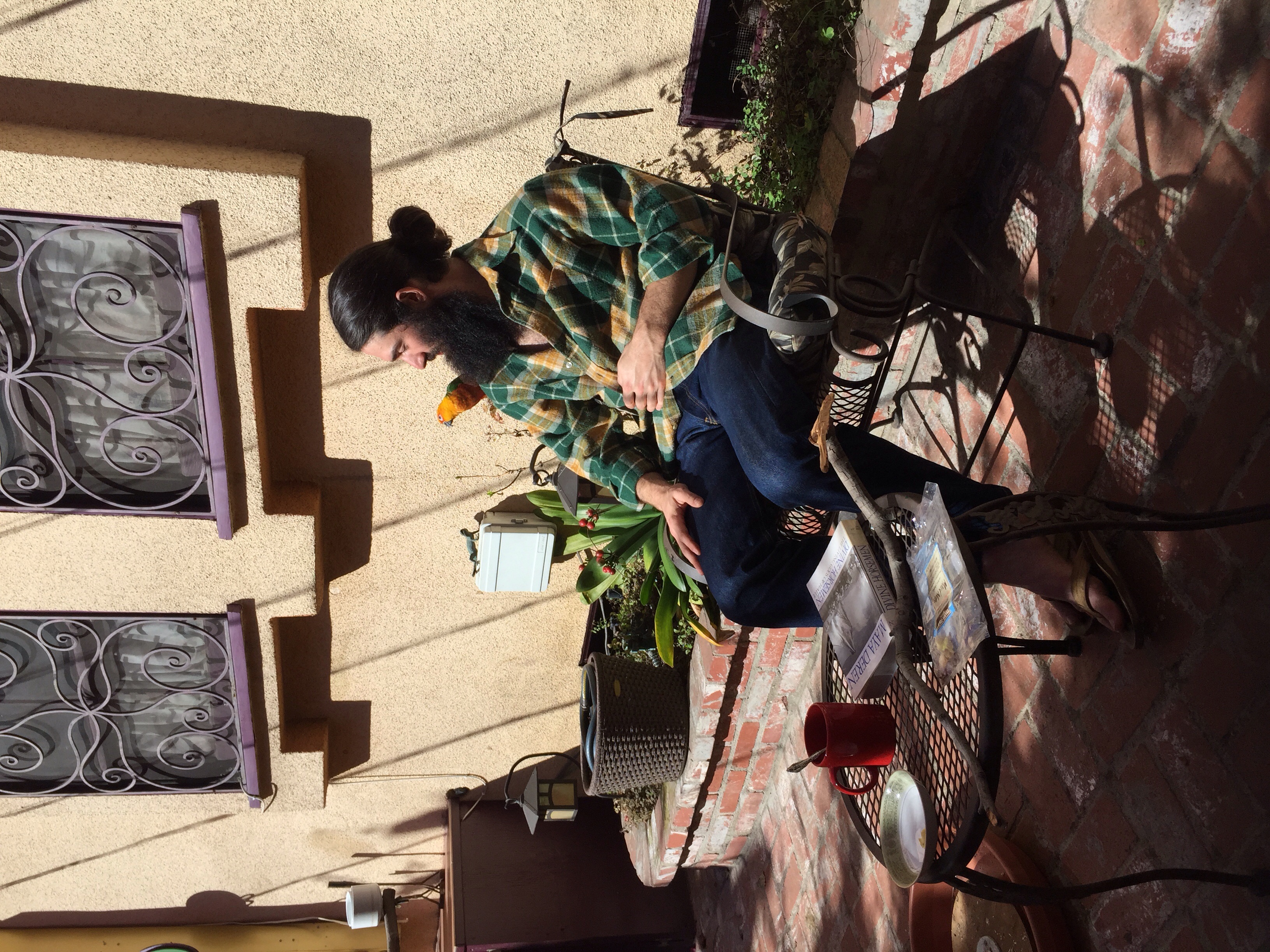 We’re looking forward to the next time we see you. You’re keeping me in good style and even better company.

This Christmas Eve, I’m sitting in as a secret special guest with Joanna Sternberg at Sunny’s in Brooklyn. Adam Brisbin, Stevie Weinstein-Foner and Jared Samuel, my bandmates who were at Viracocha last Christmas will be there too.