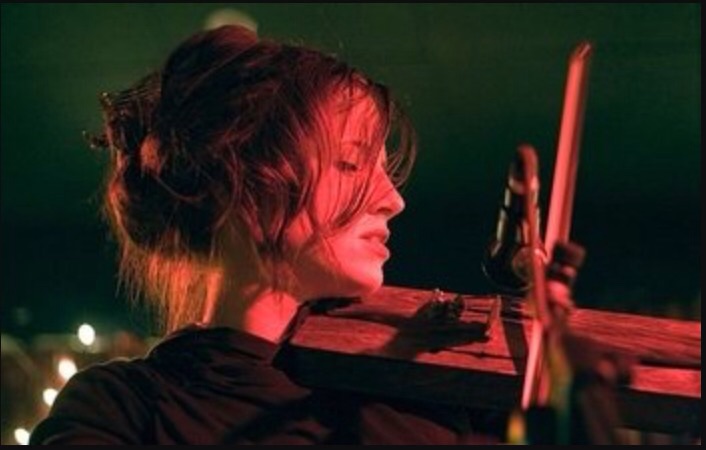 This meta-fan monday, I want to shine a light on the wonderful Iñigo Arteta who lives in Germany these days.

My bandmate Stevie and I got to hang out with Iñigo in Freiburg, Germany at a festival we played in a big, beautiful circus tent. They had a grand piano on stage. It was fabulous. But I was first introduced to Iñigo Arteta via email.

Good press is good, but it’s useless as feedback. I receive the most meaningful reflections on my work as commentary from people who will never get paid to write about it. Iñigo wrote me concerning the violin I played on my album Pint of Blood:

‘About that violin… what can I say… I will let you know the whole story because it was the song itself (June) that triggered an avalanche of beauty among people that do not even listen to music… As one of Spain’s greatest writers and philosophers said when we were having a chat in his living room “That song condenses the reason why I listen to music, I can hear the famous Bach’s “Air”, combined with the honesty of Waits.”

Iñigo was hanging out with Antonio Escohotado, the Spanish writer, educator and philosopher, who is one of those druggy intellectuals along the same lines (in the English speaking world) as Terence Mckenna, Timothy Leary, Richard Alpert/Ram Dass, or Graham Hancock.

Iñigo went on to say “I would love to hear you playing your fiddle, the whole history of beauty in music lies there when you play it, and of course also when you sing…”

He told me that on one occasion he listened to my song June more than two hundred times in a row. That song is really about how I felt as a child. I was so dreamy, playing outside every day in the woods or down along the bayou. It was so hot and flat in Houston where I’m from, that I would wish for mountains, imagining the thunderclouds as peaks. The violin track was done in one take.

I think this photo is from a show I played in Auckland, New Zealand? It was so cold on stage, I was wearing fingerless gloves. I believe that was the night I met Steve Abel, the great New Zealand songwriter and environmental activist. I’m playing the violin Iñigo was talking about. Its the first violin Stefan Jecusco* ever made. The bridge is one piece of ebony. It’s a strange and wonderful generator of overtones.

I like that violin because it suits how I like to play, that is, it lends itself to a multi-tonal voice. I wrote Iñigo back (trying not to be too pedantic) letting him know that’s how I play, that I generate similar tones on any violin, that it’s not just the sound of the instrument. He had only spoken about the violin and not my playing.

Female artists are often treated as though they are not the creators of their own work. My friend Vanessa Veselka, the novelist, tells me that her fictional writing is regularly assumed to be autobiographical. ‘Thank you for sharing your story, very brave of you,’ people come up to tell her after readings. And Veselka feels as though she’s disappointing them when she reminds them that her work is fiction. So this is a cross-genre problem. Even Björk deals with this: because she collaborated with a man, making beats on a few songs, the press assumed the man made all the beats on the record. I’ve worked with men as co-producers, and the press has assumed that the men were the sole producers. Grimes works alone because otherwise people will assume that men did her work. This dynamic is also expressed racially. My friend Kyp Malone of TV on the Radio tells me that Dave Sitek, the lone white guy in the band, is often assumed to be the producer. So the dynamic is about social power. Its a reflexive discrediting of the work of the disempowered. I’ve known very fine and well-meaning people to make these assumptions. It’s not the propriety of assholes and creeps. It’s just an expression of our sexist, racist culture.

Iñigo wrote me back:

‘Dear Jolie, thank you very much for the explanation regarding the sound of the violin… I did some research and a Polish guy says exactly what you have written to me. You and your playing style… It doesn´t really matter what you play, violin, guitar or piano. You manage to put your personal print on anything you play… and girl is it beautiful… It is like those cases when the result is more than just the sum of the parts, it transcends, leaving the pure essence to speak for itself.’

I’m so grateful to Iñigo for reaching out to let me know how my work has affected him, and for telling me what the great Spanish philosopher had to say. Because otherwise, I would have never known. Thank you, Iñigo! Thank you for feeling where I’m coming from, and letting me know.

*Stefan is a real force of nature. I’ve known him since I was a homeless teenager. I used his Zia Tarot images in the artwork for my album Escondida. Stefan makes Stroh-viols, banjos and basses, mostly for his own use. He’s a songwriter and bandleader, an incredible visual artist, and now he makes amps. He is the banjo player for the Dickel Brothers, tuba player with the Original Dukes of Hominy, bassist and bandleader with the Gibbon Family Singers, The Brotherhood Of The Orange Cone, and now Mangas. Stefan made an epic trilogy of records, the Syncretzia, all true story-songs from his life, but modeled after Dante’s comedy. TRAVAILIKA is Hell, ERGONOPOLY is Purgatory, and APOCLIMAX is Heaven. (Listen here: https://stefanjecusco.bandcamp.com)